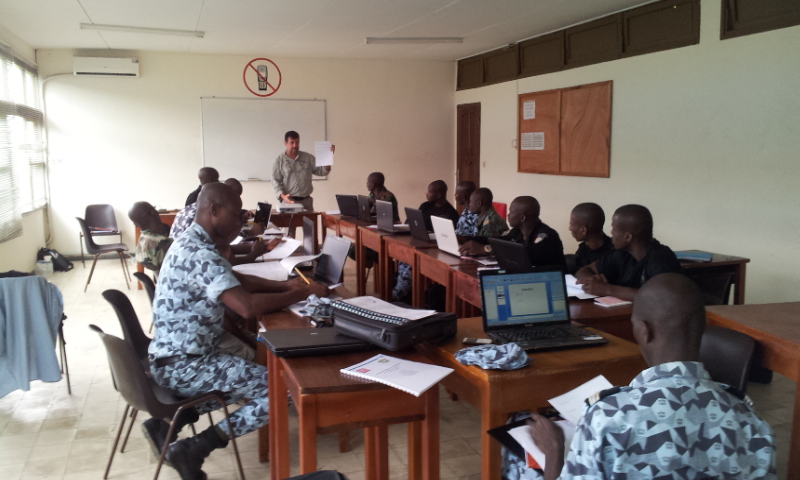 TDI has expanded its African footprint with awards for two new contracts in support of UNOPS. Both contracts, focused on countering Improvised Explosive Devices (IEDs), extend the business’ activities in combatting the growing global threat posed by these indiscriminate weapons.

The first contract saw a team of four specialist trainers mobilise in Côte d’Ivoire in September. The team have been working as part of the UN mandate to ‘help in developing an effective, professional and accountable security force by providing highly specialized trainings in ammunition management, Explosive Ordnance Disposal (EOD), Improvised Explosive Device Disposal (IEDD).’

TDI has been contracted by the United Nations Mine Action Service (UNMAS) Côte d’Ivoire to deliver specialised training services in the fields of Explosive Ordnance Disposal (EOD), Improvised Explosive Device Disposal (IEDD) and training to the National Security Forces.

The second contract will see TDI deliver a range of EOD/IED training in the highly volatile Central African Republic, again in support of UNMAS to help further enhance the mission’s capacity. Despite the fact only one IED incident has occurred in Central African Republic at this stage, various elements indicate that the country may face a potential IED threat in a near future.

With an increase in terrorism and terrorist activities, the IED threat continues to increase worldwide. For example, almost 90 percent of recent deaths or serious injuries to United Nations peacekeepers in Mali have been attributed to improvised explosive devices (IEDs), a U.N. panel heard, “Gombo Tchouli, Political Coordinator of the Permanent Mission of Chad to the United Nations, said UNMAS had recorded 409 casualties from IEDs in Mali since January 2013, with 135 deaths and 274 injuries. Of those 409 casualties, 142 were peacekeepers deployed to the United Nations Multidimensional Integrated Stabilization Mission in Mali (MINUSMA), 89 percent of the mission’s 158 total peacekeeper casualties”.

The African continent faces an increasing threat of lethal IED attacks, as in North-Cameroon with Boko Haram terrorist group and more recently in the Chadian capital N’djamena, which has been targeted twice over the last month. Many reports further indicate that Boko Haram may use CAR as a new base to carry out terrorist attacks in the region.

In anticipation of this, UNMAS has taken the initiative to prepare the peacekeeping forces in CAR and raise awareness and understanding of the IED threat they could face and TDI will support this endeavour.

Commenting on the contract wins, Hugh Morris, Managing Director at TDI said: “The threat posed by IEDs is a growing one that represents an evolution of the dangers posed by landmines and explosive remnants of war. IEDs must be tackled with vigour to ensure they don’t become an entrenched risk that ruins the lives of individuals and communities innocently caught up in conflict. For this, I’m glad TDI are at the forefront of this drive.

“The contracts also mark an important development for TDI as we enter two new theatres, thereby expanding our footprint. As we continue growing we hope to enter further geographies across Africa, the Middle East, Asia and Europe in order to help mitigate the risks posed by the legacies of conflict.”