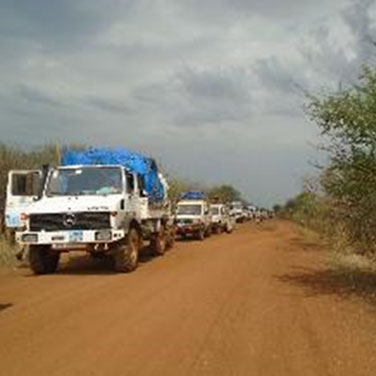 Pochalla; a Journey Through a Minefield

Located in Boma State, Pochalla is another area of South Sudan reeling from the effects of the country’s civil war. Riddled with landmines and explosive remnants of war (ERW), a grave reminder of a country tainted by turmoil and conflict, these weapons remain lodged in the ground – waiting. It has been said that a landmine is the perfect soldier: ‘ever courageous, never sleeps, never misses.’

Situated on the Eastern edge of Boma National Park, Pochalla was used as a military base by the Sudanese Armed Forces (SAF) during the civil war. This war has been ongoing since 2013. Like many areas within South Sudan, the livelihood of Pochalla has suffered greatly because of this existing internal conflict.

The country’s strife has left Pochalla dangerously contaminated with landmines and ERW. An area once bustling with production has since seen their economic activities diminished. Residents of this county rely on subsistence farming, small-scale fishing, charcoal burning and hunting to make a living. However, the legacy of the civil war continues to present dangerous risks and impede the population’s everyday life.

It is in such crippling circumstances where TDI offers relief through mine action. For the past 2 years, TDI, along with other efforts, has cleared 9,662 square metres of land littered with these heinous weapons. As in other parts of the country, mine clearance is of particular importance to governments and civilians alike. Notably in Pochalla, local residents are benefiting from the clearance efforts taking place because further economic activity has been opened up for them.

TDI is accustomed to working in challenging environments and getting to Pochalla is no easy feat. A TDI team recently made the journey from Juba to Pochalla; a trip of 650 kilometres including trekking through rivers, bush roads, and the occasional fan belt repair. After 7 days of grappling remote conditions and camping in the bush, our teams finally arrived in Pochalla to spearhead the clearance efforts.

In as much as the recent clearance has benefitted the local residents of Pochalla, TDI has received encouragement from them to continue the work that has been done so far. The released land has allowed additional crops to be planted, increasing the area’s agriculture production as well as providing settlement and the construction of churches, schools and hospitals. Improvements in welfare such as these suggest that our clearance work is having a positive impact on the area.

According to community members, they have benefitted greatly from clearance efforts and encourage TDI “to carry on with this spirit for the continued development in Pochalla Boma and the entire South Sudan.” We are, and continue to be, committed to clearing the way.