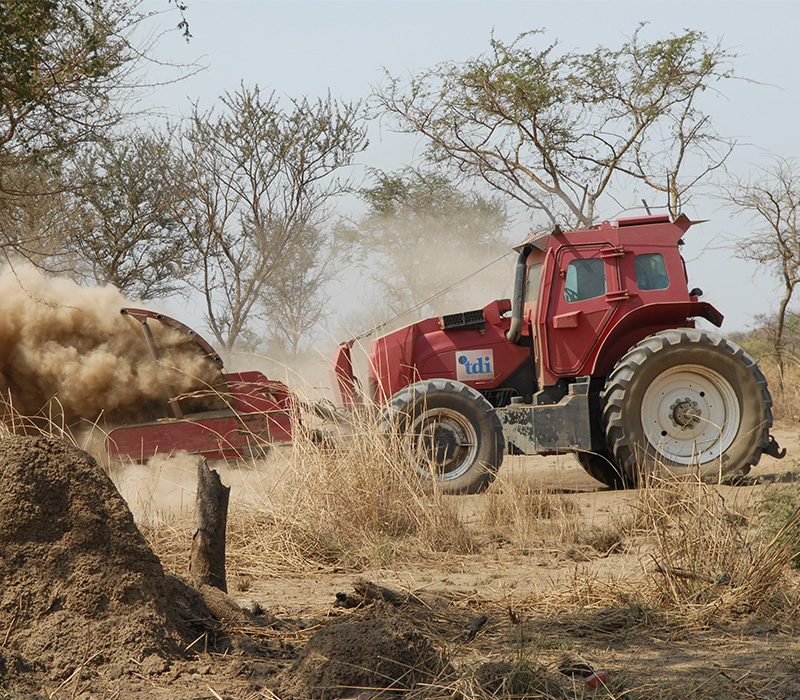 The 2x RACC were required to conduct assessment, verification and clearance of contaminated routes around South Sudan using a combination of manual and mechanical assets, as well as mine detection dogs. In addition to clearance tasks, TDI also provided a Community Liaison Team (CLT), interacting with local communities and facilitating field activities. Explosive ordnance risk education was provided to communities at risk of unexploded ordnance.

During this contract, the TDI RACC teams removed and destroyed 265 anti-personnel mines, 55 anti-tank mines, 18,450 small arms ammunition and over 2,000 items of unexploded ordnance. Over 1,360,000m2 of contaminated land was cleared manually, 4,300m2 by mechanical means and over 705,000m2 of land by surface battle area clearance. A further 115,000m2 of land was cleared by subsurface battle area clearance.

In addition to the clearance efforts, the teams conducted over 890 explosive ordnance risk educations sessions, reaching more than 10,000 people who live in danger of landmines and explosive remnants of war.

“Exceeded all my expectations on this work, the professionalism and standard of the work process was exceptional... TDI played a big part in keeping my schedule on track.”
Louis Berger / Black and Veath JV
“I have found TDI to be very thorough and professional in carrying out their demining activities and I have no hesitation in recommending their services to prospective clients.”
Louis Berger Group
“TDI continues to adapt to the changing requirements of the operational environment and we would have no reservations on recommending them for inclusion in further projects in challenging conditions.“
Terra Seis Geophysical Limited
“TDI have conducted all operations with professionalism, enthusiasm and initiative. They have kept production going during extreme weather, when other subcontractors have not been able to maintain their operations.”
White Nile Ltd
“The work completed to date has been to a standard exceeding expectations of WesternGeco.”
WesternGeco
“(TDI) have conducted themselves in a professional and dedicated manner in all interaction with the Sudanese authorities and local population. In addition to this they have worked closely with the National Mine Action Centre when required and cooperated fully with all our partners in Darfur for which we are very grateful.”
NMAC
“I am indebted to TDI for the intense and comprehensive training of Sibro’s National EOD Operators and the continuing mentorship of these teams…It is my fervent hope that TDI should continue its good work”
Sibro Organisation for Development
“We can certify that the professional relationship established early last year has yielded success in implementing a complex project and delivering the expected results. We value TDI as a reliable partner and are extremely satisfied with the cooperation to date.”
MineWolf Systems AG
They have provided a professional and high level of clearance support as well as project management throughout the contract period. We would recommend them to any future contractor.”
Gulsan Group of Companies
It is very impressive to see how much you and the team have managed to achieve in extremely challenging circumstances. The project is really building momentum.
TDI project – Security Enhancement against IED Threats
In May 2020, armoured vehicles of the Force had been silted up for several days so a recovery truck was needed. TDI personnel were escorted to the site and did an outstanding and effective job of assisting the vehicles. I would like to personally thank all those involved for their professionalism and their reactivity.
Sector West HQ
Previous
Next